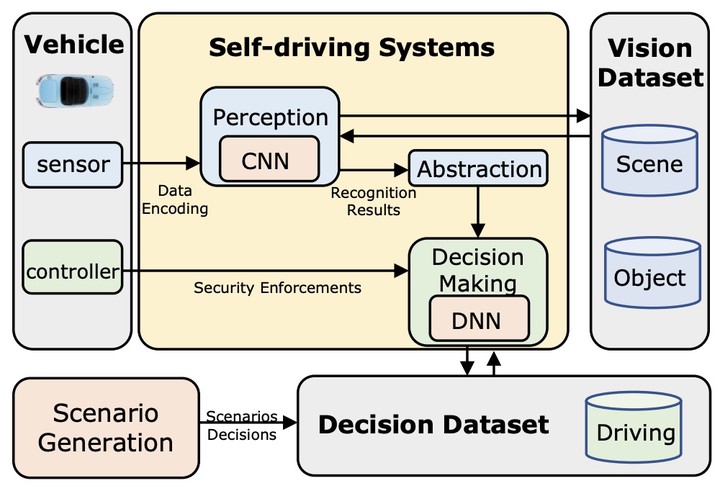 The autonomous vehicle, as an emerging and rapidly growing field, has received extensive attention for its futuristic driving experiences. Although the fast developing depth sensors and machine learning methods have given a huge boost to self-driving research, existing autonomous driving vehicles do meet with several avoidable accidents during their road testings. The major cause is the misunderstanding between self-driving systems and human drivers. To solve this problem, we propose a humanlike driving system in this paper to give autonomous vehicles the ability to make decisions like a human. In our method, a convolutional neural network model is used to detect, recognize, and abstract the information in the input road scene, which is captured by the on-board sensors. And then a decision-making system calculates the specific commands to control the vehicles based on the abstractions. The biggest advantage of our work is that we implement a decision-making system which can well adapt to real-life road conditions, in which a massive number of human drivers exist. In addition, we build our perception system with only the depth information, rather than the unstable RGB data. The experimental results give a good demonstration of the efficiency and robustness of the proposed method.